Welcome to The WolfQuest Wiki Fandom! We are a fair-use repository. If you use this site's assets, please remember to credit and link-back. Do not remove or crop-out watermarks uploaders have applied to their media. It takes a lot of time and effort to make this resource possible so it's the least we can ask!

Welcome to the WolfQuest Wiki!
We currently have 10 active users and there have been a total of 39,848 edits.

This site is dedicated to sharing information and knowledge about WolfQuest, an educational and mostly realistic simulation designed to teach players about wolf ecology by putting them in the paws of a wild gray wolf. The main campaign is set in Yellowstone National Park. Development began in 2005 and it continues to be developed by Eduweb, and was formerly associated with and co-developed by the Minnesota Zoo, a partnership that lasted up until 2015. 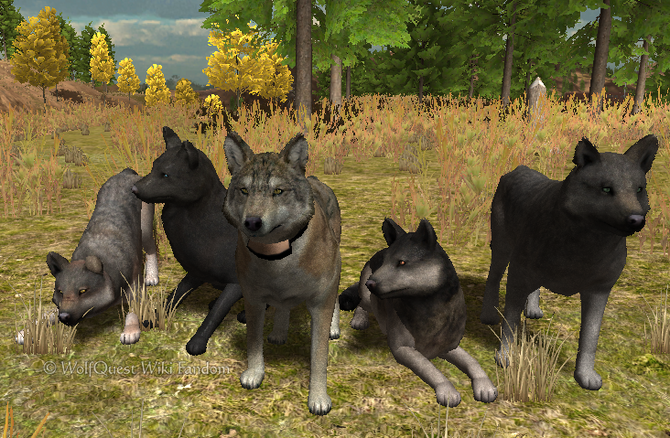 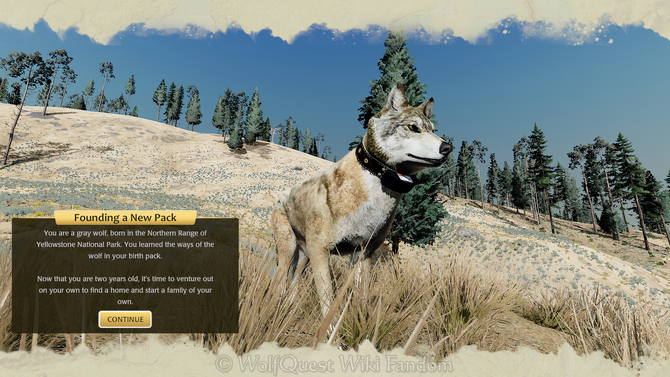 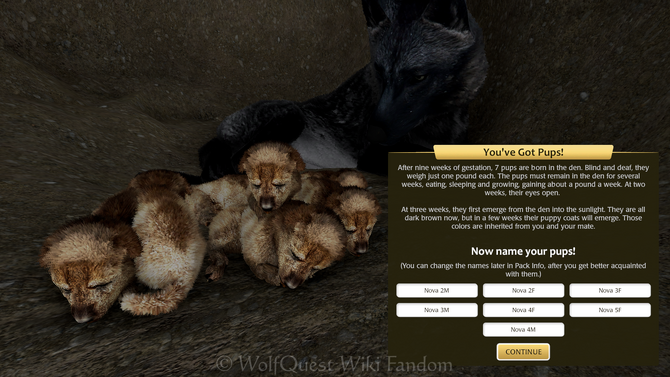 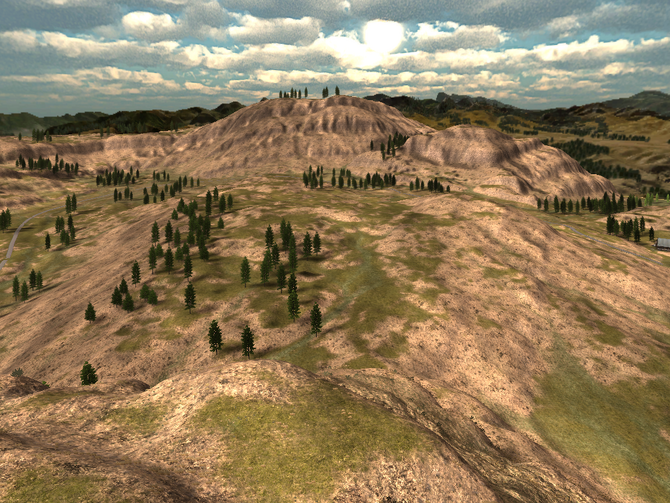 Play alone, or play online with others!

Begin your journey as a wild gray wolf in Yellowstone!

Establish a pack, claim your territory, and raise your offspring!

We're a collaborative community Wikipedia about the game that anyone, including you, can build, revise, and expand. Wikis like this one depend on knowledgeable players and experienced community-goers getting involved and adding content. Please remember that we welcome people from all age groups, ethnicities, and cultures, however all contributors are reminded to to follow all rules -- both those we set and enforce as part of our own Wiki, and those established by site host Wikia/Fandom. Violations of either, or submitting content deemed unsuitable or irrelevant to this Wiki, will not be tolerated and could be subject to further action. Serious matters aside... please enjoy your stay!

There are three separate revisions of the game.

The premium, modernised, rebuilt-from-the-ground-up game is known as WolfQuest: Anniversary Edition; it is sometimes referred to as "WolfQuest 3", 3.0, or similar. This edition is more demanding on computer hardware than any of its predecessors. It boasts vastly expanded game worlds, and new animals including bison, mule deer (and their fawns), and beavers, along with upcoming bighorn sheep, amongst returning veteran prey and predators. All animals including wolves now include better gender dimorphism, life stages, and offspring for most animals ranging from newborn to adolescent.

This edition is currently only supported on Windows and Mac computers (along with Steam Deck), and has full controller support. It has not yet been released on mobile or tablet devices, but support is planned after development on the computer versions is completed and has left Early Access (not before the Saga releases). Multiplayer is operational; cross-platform play is unknown at this point in time. Future episodes/the Saga will be released on this version. They will not be backported to previous versions.

The premium upgrade from its free predecessor is WolfQuest: Classic, previously known as "WolfQuest 2.7"; it is sometimes referred to as 2.7 or similar. This edition is the middle ground for hardware, being more powerful than Legacy, but less powerful than the Anniversary Edition. The Legacy Amethyst Mountain and Slough Creek maps make their return with some quality-of-life changes and improvements, and an all-new map makes its debut; wolf customization was expanded upon, moose, cougars, and red foxes were first introduced, and ravens are upgraded to feature 3D models in addition to landing on prey carcasses to aid in their decay. These aside, the game is largely unchanged from its predecessor.

This edition is currently supported on Windows and Mac computers, with partial support on Linux, and partial controller support. It is also available on mobile and tablet devices on IOS, Android, and Kindle -- via the IOS app store, Google Play, and Amazon app store, respectively. Multiplayer is operational; cross-platform play between mobiles/tablets and computers is supported.

Development for this version has ceased as of 2017. No new updates are inbound or planned beyond critical bugfixes, and no new episodes will release for this edition.

The original free game unofficially dubbed Legacy for ease of non-numerical distinction, commonly referred to as 2.5 or 2.5.1. This edition is not very demanding to modern hardware, but may someday become unstable as operating systems continue to roll out updates or hardware continues to improve. It remains available to download for free from its sole official distributor. It is exclusively for Mac and Windows computers; it never was and never will be available for mobile/tablet devices.

This edition is essentially Classic minus its new animals, bugfixes, and improvements. The maps are presented as-is for their day, in that they do not benefit from modern rendering techniques. Ravens exist only as 2D sprites above herds and carcasses; they do not land and will not aid carcasses' decay. Wolves do not have any fur fuzz, customization is basic, and carrying pups does not drain stamina. Multiplayer is non-operational following the 2018 forum software upgrade.

Development for this version has ceased as of October 2011. No new updates are inbound or planned, and no episodes will release for this edition.

Before you peruse our Fandom, we have some simple requests:

It takes a lot of time, effort, playtesting, and research to make this resource possible. Consider linking back to articles and media sources to help support the WolfQuest Wiki Fandom!

Need help building out this community?

How is this game made? The game is developed in the Unity 3D engine.

How big is the development team? Pretty small! Eduweb is an educational indie developer based in the United States of America. Those employed by Eduweb to work on the WolfQuest Development Team are in varied locations across the globe!

Support the developers! As of 2014, players may donate through Fundly. Buying the game, its add-ons, the soundtrack or merchandise also go back into development, upkeep, assets and salaries, among others.